The Beast Within: A Gabriel Knight Mystery 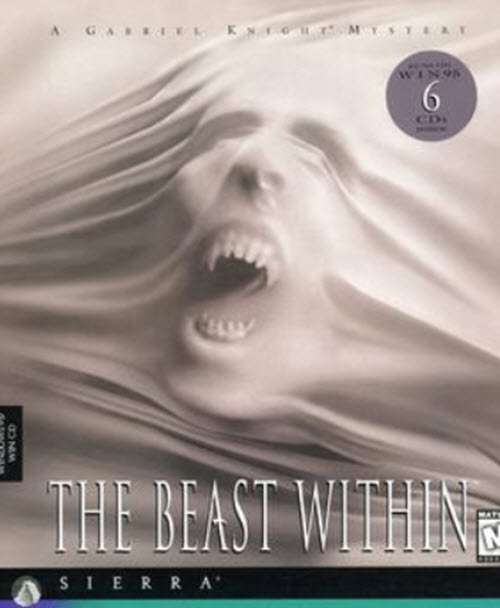 Unlike the first game in the series, The Beast Within was made in the style of a live-action interactive movie, and instead of being a NPC the character Grace Nakimura became a playable character for portions of the game. The game was produced entirely in full motion video, something made feasible thanks to the storage ability of the then recently introduced CD-ROM.

The Beast Within is set one year after the events in Gabriel Knight: Sins of the Fathers. While the first game in the series had voodoo as its supernatural theme, the storyline for The Beast Within revolves around werewolves. Instead of living in the United States, Knight has become a bona fide Schattenjäger and moved into his ancestral castle in Europe.

The game received a lot of praise upon release, especially for its storytelling and characterization. In the United States, it was the fourth-best-selling computer game for the month of January 1996, but only a #17 best-seller for the first six months of the year.

The game is divided into six chapters.

The player controls the characters Gabriel Knight and Grace Nakimura alternately between the chapters.

The two characters carry out their investigations separately for most of the game, but must join forces to resolve it at the end.

Since this game was made in the style of a live-action, the actors voicing the two main characters Gabriel Knight and Grace Nakimura in the first game were replaced with actors that looked more like the characters. This meant that Dean Erickson replaced Tim Curry, and Joanne Takahashi was cast instead of Leah Remini. Also, the NPC Gerde Hull was portrayed by Andrea Martin instead of Mary Kay Bergman.