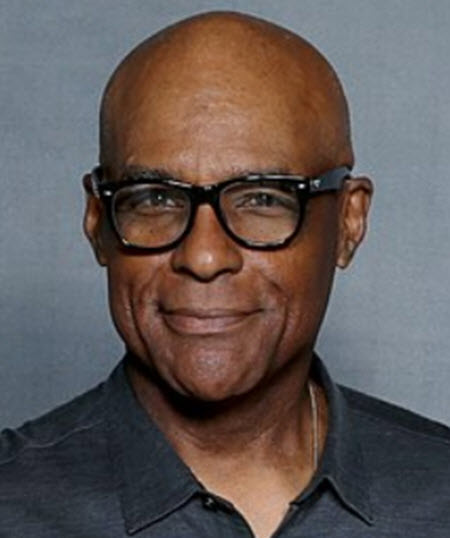 Michael Dorn (b. 1952) is a United States actor and voice actor, chiefly known for his portrayal of Klingon Starfleet officer Worf in the Star Trek franchise. He has even played Worf outside the franchise, appearing as him in the two TV-series Webster and Family Guy. In the latter one, he voiced his character alongside other members of the Star Trek: TNG cast.

In 2014, Dorn lent his voice to the computer of the Mirror Universe Enterprise in the fan produced Star Trek episode Fairest of Them All.

In addition to his long-term work with Star Trek, Dorn has appeared in a number of other films, television shows, web series, and video games. He has had supporting roles in a number of movies, including Shadow Hours (2000) and Lessons for an Assassin (2001), and portrays General Thain in the web series Castlevania: Hymn of Blood and Kate Beckett´s therapist in the crime-comedy-drama television series Castle.

In the first Gabriel Knight video game (Gabriel Knight: Sins of the Father), Dorn played Dr. John, the owner of a voodoo museum.

Trivia: Dorn´s very first movie role was as Apollo Creed´s bodyguard in the 1976 film Rocky, but he was not credited for this work.

Michael Dorn is the actor who has appeared the most times as the same character in the Star Trek franchise. He made his first appearance in the premier episode of Star Trek: The Next Generation in 1987 and his last in Star Trek: Nemesis in 2002.

Worf is a Lieutenant, and later Lt. Commander, of the Klingon Starfleet.