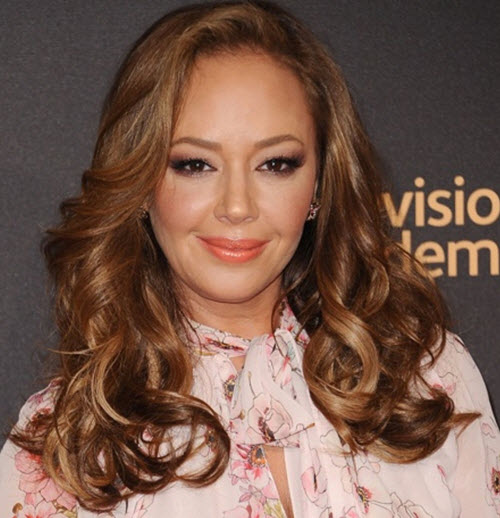 Leah Remini (b. 1970) is a United States actor, voice actor, author and activist. She is chiefly known for her sitcom work co-starring Kevin James; first as Carrie Heffernan in the long-running CBS sitcom The King of Queens (1998-2007) and then as Vanessa Celluci in the CBS sitcom Kevin Can Wait (2017-2018).

Remini was the voice actor for Grace Nakimura in the 1993 video game Grabriel Knight: Sins of the Fathers.

Examples from Remini´s career as a voice actor:

Leah Remini was the voice actor for Grace Nakimura in Grabriel Knight: Sins of the Fathers, the first game in the Gabriel Knights series of point-and-click adventure video games. In this Gabriel Knight game, Grace Nakimura was a non-player character who worked in Knight´s bookshop and she became a valuable researcher and moral compass for him in the adventure.

For the second game in the series, the game format was changed to full motion video. Since the character Nakimura was Japanese-American, Remini was deemed unsuitable for the role and Joanne Takahashi was cast as her replacement. Jim Curry, who had voiced Gabriel Knight in the first game, was also replaced (with Dean Erickson) as he didn´t look enough like Gabriel.

While Curry returned to voice Gabriel Knight in the third game, Grace Nakimura was voiced by Charity James instead of Remini or Takahashi.

For Gabriel Knight: Sins of the Fathers 20th Anniversary Edition (released in 2013), Gabriel Knight was voiced by Jason Victor and Grace Nakimura by Cissy Jones.

Leah Remini was raised as a member of the Church of Scientology and remained a member until 2013, when she left and became a vocal critic of the church.

In her 2015, “Troublemaker: Surviving Hollywood and Scientology” was released; Remini´s memoir about her experiences with Scientology, her acting career and her reasons for finally leaving the church. The book received favourable reviews and became a bestseller, reaching both the #1 spot on The New York Times Best Seller list and the #1 spot on Apple´s iBooks chart.

After the publication of her book, several former Scientologists contacted Remini to share their own experiences with the church and this prompted her to develop the A&E documentary series “Leah Remini: Scientology and the Aftermath”. The series, co-produced and hosted by Remini herself, ran for a total of 37 episodes in 2016-2019.

Awards for Leach Remini: Scientology and the Aftermath