Gabriel Knight: Sins of the Fathers 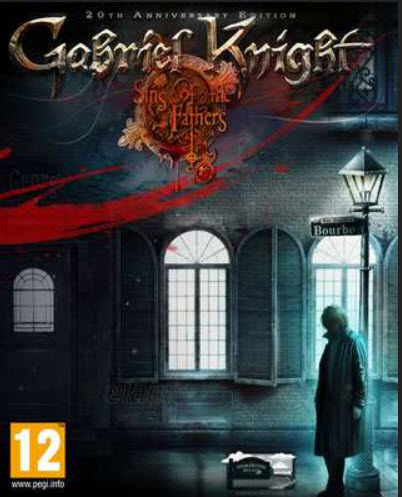 Released in 1993, Gabriel Knight: Sins of the Father is the first game in the Gabriel Knight series, a trilogy of adventure computer games published by Sierra in the 1990s.

Gabriel Knight: Sins of the Fathers is a point-and-click adventure game focused on the character Gabriel Knight who finds out that he belongs to a long line of shadow hunters; people who hunt down those who use supernatural powers to hurt the innocent.

Sins of the Fathers was written, co-designed and directed by Jane Jensen, who developed the game together with the experienced game designer Roberta Williams. Jensen´s husband Robert Holmes composed music for the game.

The story unfolds over a sequence of days, and a required set of actions must be carried out before the player can proceed to another day.

There are both mandatory challenges and optional challenges. A running score keeps track of challenges that have been completed.

This game does not have modern context-sensitive cursors. Instead, the player is required to select the right cursor for the specific interaction with an object on the screen.

Certain inventory items can also be used as cursors.